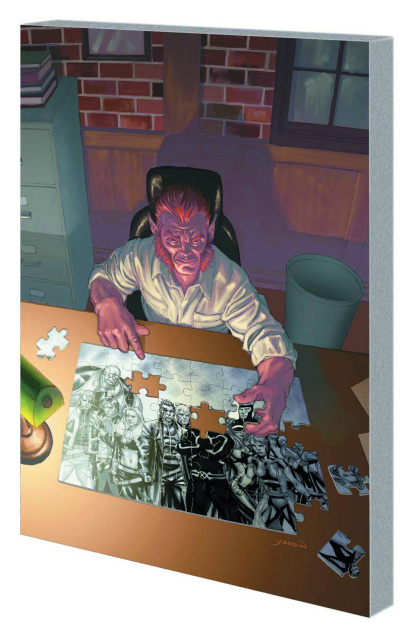 War looms in X-Factor's future! First, get a behind-the-scenes look at how, in a typical day, Pip the Troll holds the entire team together without their knowledge. Then, a newly married X-Factor couple attempts to honeymoon in the happiest place on Earth, but instead must face off with a villain hoping to bring about hell on Earth instead! Who says romance is dead? And when a familiar face hovers between life and death, Monet is the only one who can save them - but it will require reliving the most horrific experience of her life. Finally, X-Factor investigates a series of eerie portents that leads them to a mysterious, previously unknown race of beings called the Warders. Their job? To prepare the world for its end. And it's closer than X-Factor thinks! Collecting X-FACTOR (1986) #246-249.