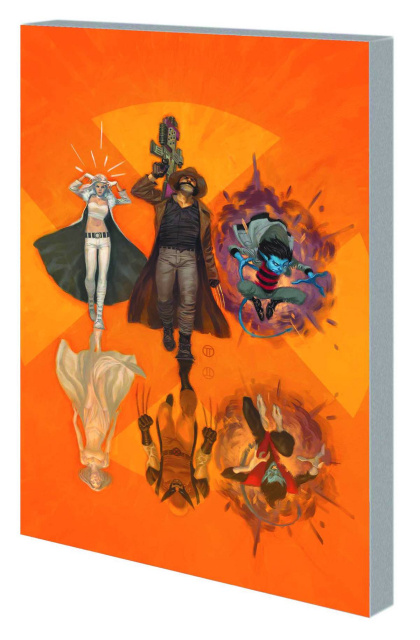 Spinning out of the pages of ASTONISHING X-MEN! Travel the multiverse with Dazzler, Captain Howlett, Kid Nightcrawler and Emmeline Frost - lost between dimensions with no way home - as the ad hoc X-Men target evil versions of Professor X! As Dazzler adjusts to life dimension hopping on the run and butts heads with Howlett over leadership of the team, the Xavier farm warns of universe-destroying trouble. But when a jump goes wrong, will the whole team make it to the next dimension? Then, the X-Men find themselves in a frontier reality where outlaws rule, and Howlett comes face to face with a younger version of himself. And when the Xavier Gang attacks, Dazzler faces Cyclops, the deadliest gunslinger in the West! Will the team be able to save this reality, or will they have to abandon it to save their own skins? Collecting X-TREME X-MEN (2012) #1-5.