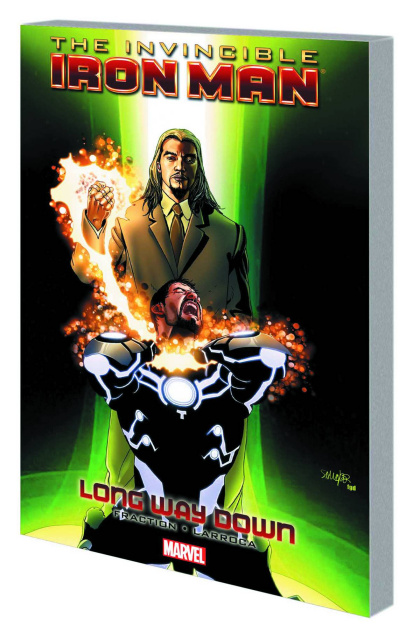 He quit being sober. He quit being an Avenger. Will he really quit being Iron Man? Tony Stark's life is spiraling out of control - or so it seems. As his deadly chess match against the Mandarin reaches its fateful crescendo, will Tony's inscrutable strategy result in a hard-fought victory or utter defeat? And if Iron Man is truly no more, what of Pepper, Rhodey and the Stark Resilient team? With revamped rogues from Iron Man's past on the loose - and the murderous Spymaster finally making his move - all their lives are at stake, and one will be a horrible casualty in Stark's war against Hammer Industries. If quitting on everything is the price Stark is willing to pay to win, will the cost be too steep? Collecting INVINCIBLE IRON MAN #516-520.