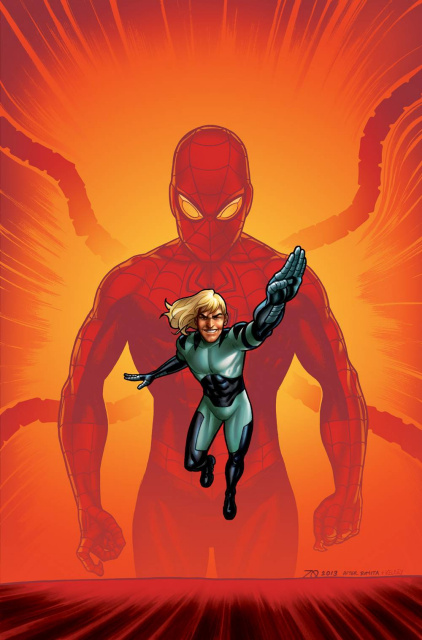 From the pages of AMAZING SPIDER-MAN, get ready for the greatest hero who ever existed... EVER!

Alpha was having an awesome time of it, till that buzz-kill Spider-Man made him quit being a hero. But that was then ... and this is NOW!

The SUPERIOR SPIDER-MAN becomes the new mentor of teenaged superhero Alpha in the 5 issue limited series ALPHA: BIG TIME. Join Marvel's newest hero as he navigates the treacherous world of NYC... and adolescence!

Fans of SUPERIOR SPIDER-MAN won't want to miss this series as Josh Fialkov & Nuno Plati (Amazing Spider-Man) reunite to tell the tale of a hero who's about to hit the BIG TIME!