Ahoy! Emblazoned with yet another great spinach-fueled cover by Bud Sagendorf it get's even better inside as Popeye plummets big apes inside. Why, in one glorious, mound-blowing panel our one-eyed sailor boy even wallops 25 ruffians at once! An illustrated text feature, two one-pagers, three hilarious comic book stories and one of those features everybody's favorite character Wimpy in "Thimble Theater Presents Mr. J. W. Wimpy in a Tale of Brains vs. Work Entitled 'Who Won' -or- "The Fleeter of Foot Emerges Victorious". An archival reprint of Popeye #7 from the Golden Age in 1949. Not to be missed, ya swabs! 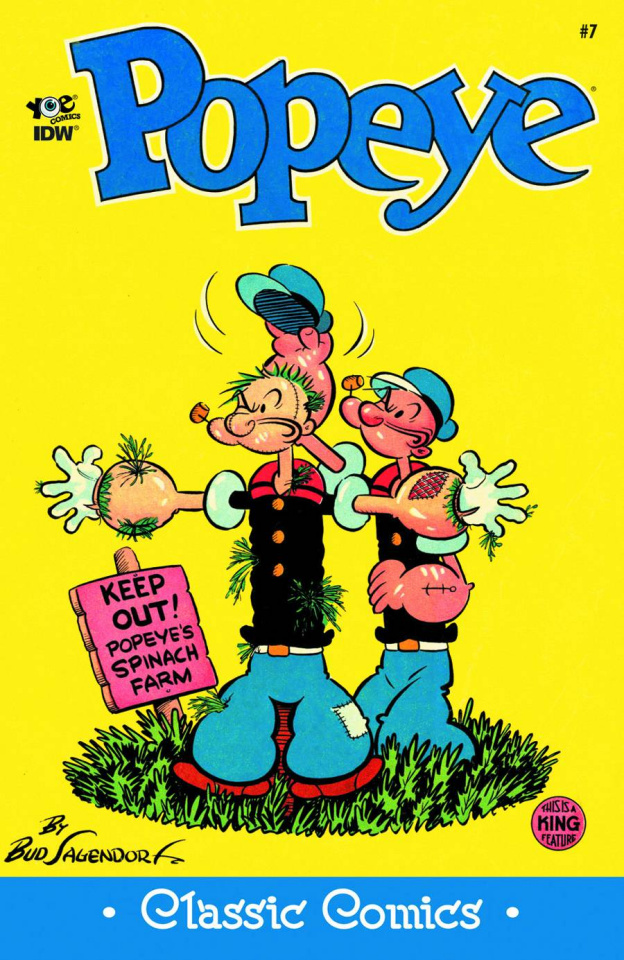