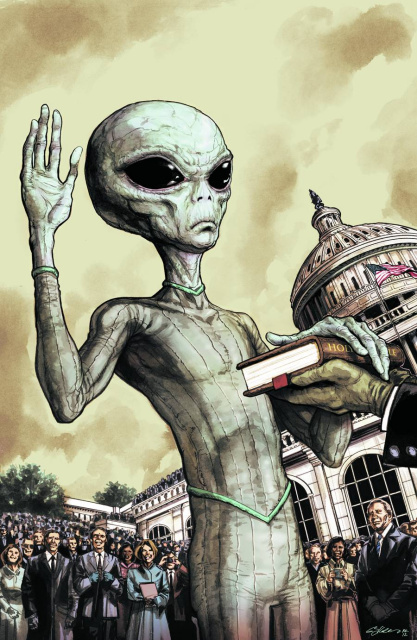 It's the run-up to election day, and Arcadia is racing to close the gap on her Republican rival. But meanwhile Prof Kidd's life is falling apart, as he discovers the secret of the Pioneer Couple. Secrets are revealed, an election is won and lost, and several steps toward the truth are taken in Part One of the three-part tale "President's Day."