Green Hornet battles Green Hornet, to the death. The people of Century City are convinced that Britt Reid, as Green Hornet, murdered the city's Mayor. The only way for Britt to clear his name is to track down the real killer. When Green Hornet comes face to face with his doppelganger, it may just turn out to be the last fight of his life. If Britt Reid can't defeat the costumed imposter that framed him, a hero's legacy will be destroyed forever, and Century City will fall into the hands of the evil mastermind who orchestrated the whole setup. The Outcast storyline rolls on toward its thunderous conclusion. 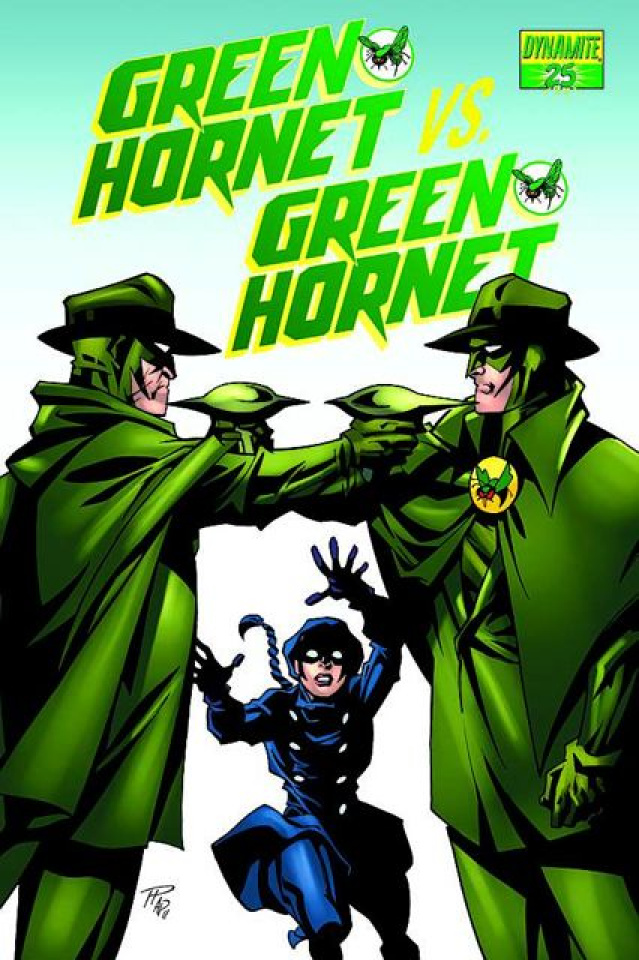