Mysteriously transported to 19th Century Europe, Vampirella must team with Jonathan Harker and his band of vampire slayers to navigate a familiar, but twisting narrative in order to track down Dracula. But who, or what, is behind this strange temporal loop that's ensnared them, or the evolving, shifting storyline they appear destined to follow? From the smoking battlefields and impaled victims of Vlad Dracul's Wallachia to the unsuspecting underbelly of modern-day New York City, these two vampiric titans cross paths. Hunting like enemies, warring like lovers scorned, each seeking to break free of the tragic destiny that's ensnared them both... or die trying! 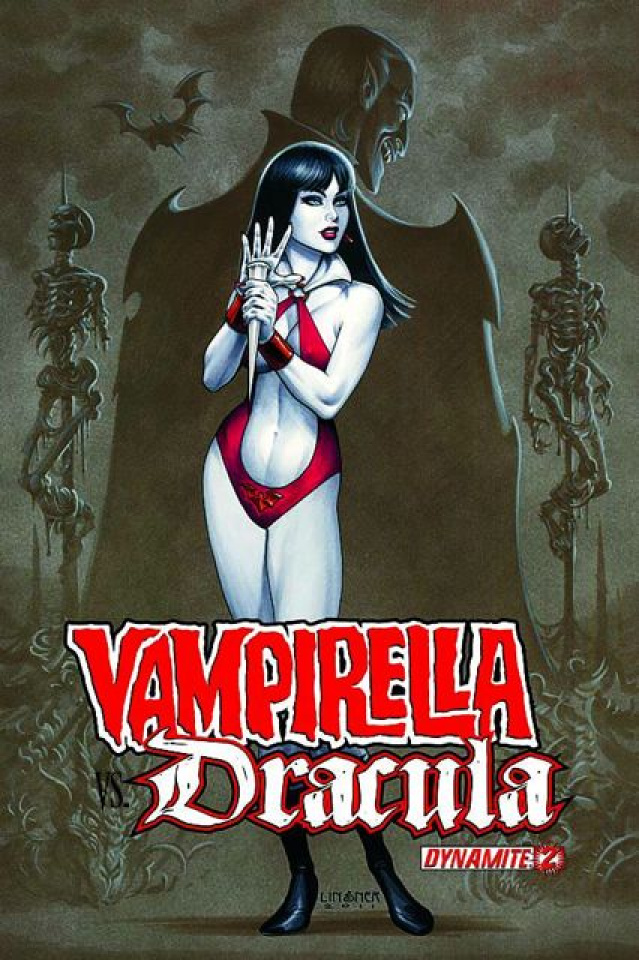