The ultimate killing machine meets the future of law enforcement! In the future, humanity has been wiped out and the machines are triumphant. Traumatized by his Skynet-influenced actions, Robocop looks to travel back in time and change the course of history. But when he emerges in the middle of Jon and Sarah Connor's assault on Cyberdyne Systems, he comes face-to-face with the second time-travelling Terminator. Bullets will fly! And the T-1000 can't be far behind!

Collecting the four-issue series in one volume along with bonus material, and a cover gallery with art by Walt Simonson and Tom Feister.

'Put together Robocop and Terminator, and you have a geek's dream come true!' - Geeks of Doom

'Overall, this is still some solid franchise-mixing fun, and certainly worth picking up. Your move, creep.' - Crave Online

'Sometimes mixing two franchises can be a disaster, and sometimes it works. It works here, mostly because Robocop is a logical fit for the themes of the Terminator universe.' - Project Fanboy

'I definitely recommend Terminator/Robocop: Kill Human to each and every one of you.' - Giant Fire Breathing Robot 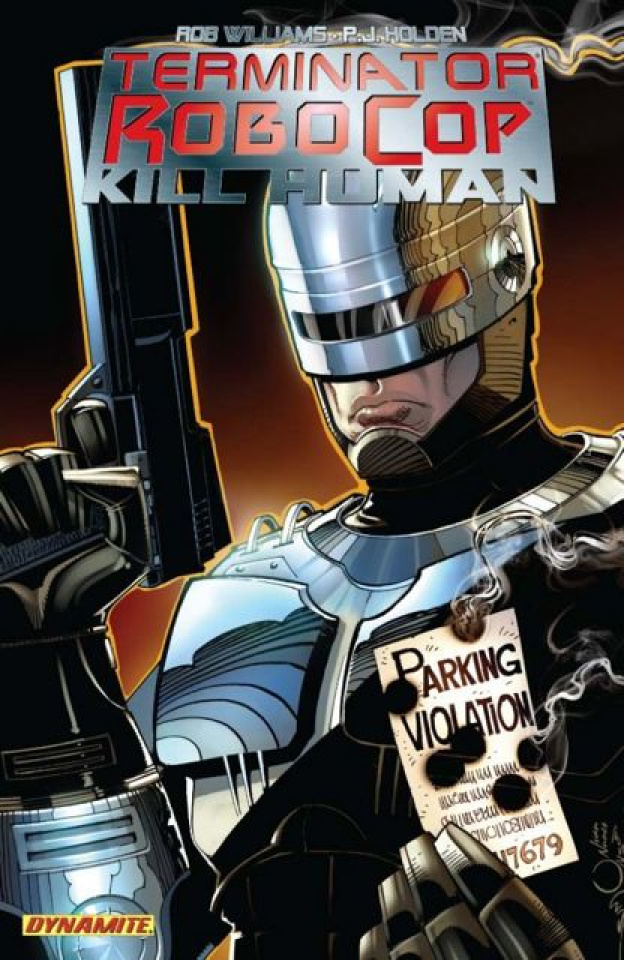