Betrayal of the Planet of the Apes #4

Hot on the heels of BOOM!'s sold-out, bestselling Planet of the Apes ongoing series comes a brand new four issue mini-series co-written and drawn by Gabriel Hardman (Hulk, Agents of Altas), taking place during the continuity of the original, seminal fan-favorite film! Now on the run, the feared and respected General Aleron must find the one ally in Ape government that can stem the tide of carnage about to crest - for human and ape alike! The conclusion to the not-to-be-missed mini-series! 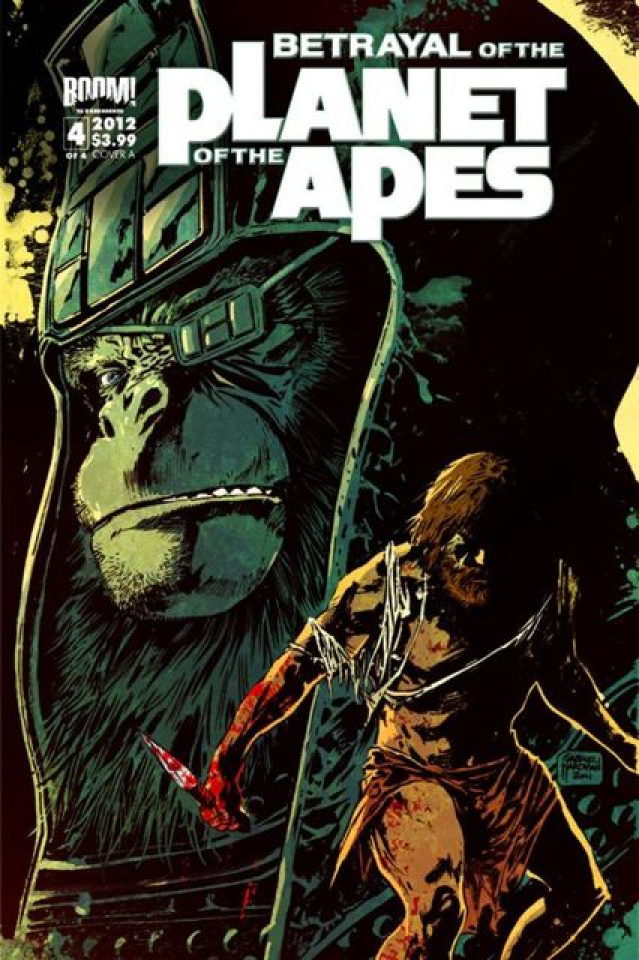