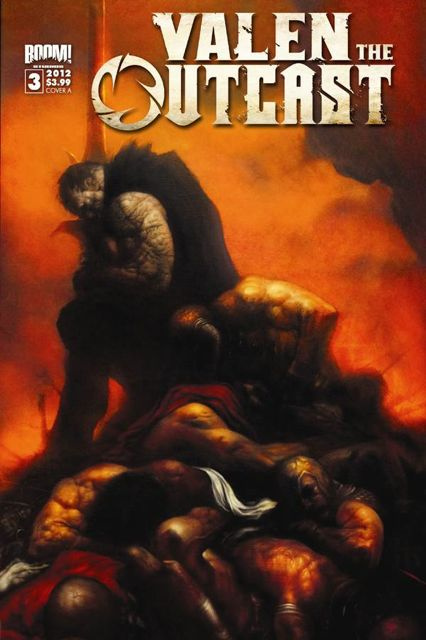 The King is dead, long live the Dead King! King Valen Brand was a just ruler and a great warrior until he was killed in battle by the necromancer Korrus Null and resurrected as one of the walking dead. Now he's considered an abomination in his own realm, an outcast with only one purpose: to restore his lost soul. Valen has slaughtered his former allies, assembled a ragtag band of renegades and smugglers, and cut a path through his war-torn kingdom as a dozen armies vie for his old throne. But when Korrus Null's right-hand man finally catches up with him, will Valen fall back under the Necromancer's wicked control? And don't forget to ask your retailer about the rare CGC graded 9.8 Near Mint cover by Joe Jusko!