Michael Turner's FATHOM continues on its sensational fourth volume! Aspen Matthews stands alone against the mysterious Church of the Eternal Depths -- while her new alley Galit works to destroy the undersea order at its source: an ancient factions within the Japanese government! Since the opening pages of the epic story of Aspen Matthews, those factions have been waiting to unleash the myriad of weapons they have adapted from the Blue's technology. But, if they were counting on facing the underwater wallflower from her earliest adventures, her enemies couldn't possibly understand the true power that is Aspen! For the legions of FATHOM fans who have been waiting to see Aspen in her element and taking control of her life, now is the time to jump on in-the water's just fine! 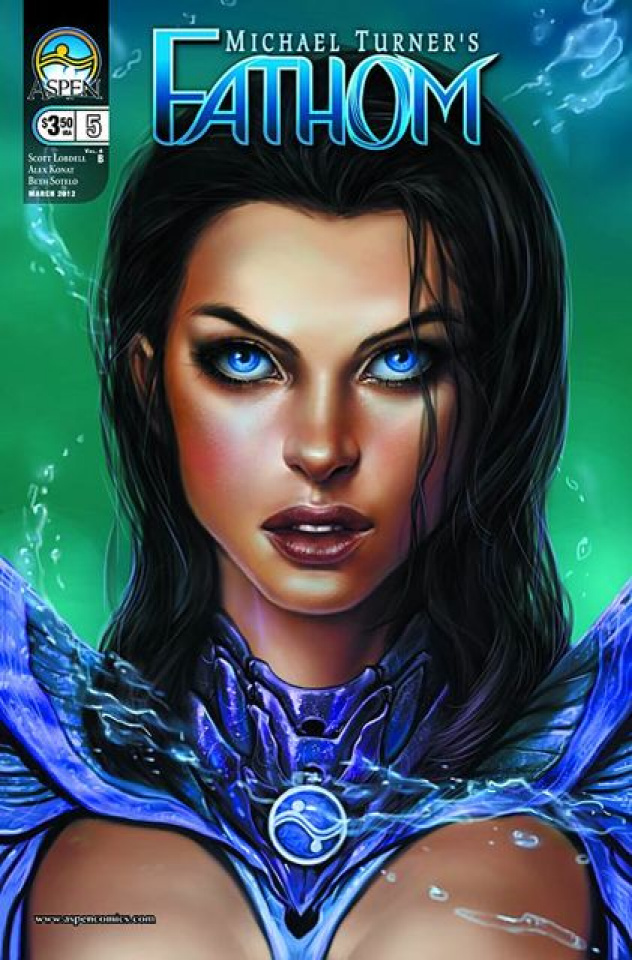