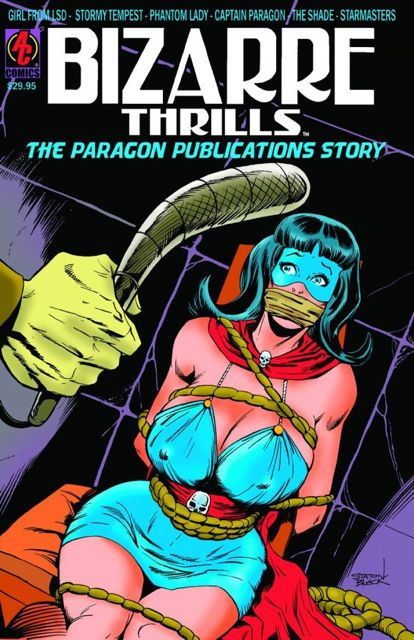 A compendium of Bill Black's legendary Paragon Publications line of comics 'prozines' of the 1970's! Black wanted to create a line of comic-book based periodicals that incorporated the idea of design and featuring his own original characters in ongoing, interconnected stories; a universe, if you will, of superheroes and adventurers. From roughly 1970-1980, Paragon did that, fueled not only by Black's tasteful sense of visuals, but also a healthy dose of the one aspect fairly rare in the 'mainstream' newstand comics of the day - strong female characters. See what the AC Comics empire was built on, with never-before-reprinted stories starring Synn, Tara, Paragon, Scarlet Scorpion, The Shade, and more!