The Squadron Supreme: heroes from another dimension, stranded on our Earth and sworn to protect it. Now, this super-powered team hungers for human flesh as a result of the mad science of Project P.E.G.A.S.U.S.! When Jill Harper's military special-ops team receives a distress call from a P.E.G.A.S.U.S. facility in lockdown, they get a lot more than they bargained for! Researchers at Project P.E.G.A.S.U.S. cloned the members of the Squadron Supreme for medical science, but their creations are monstrously imperfect and need to consume human flesh to survive. Now, Harper and her team must find a way to stop these hyper-powerful zombie clones before they escape and begin feeding on the population - and their only hope lies in a long-dead former Avenger returned to life! 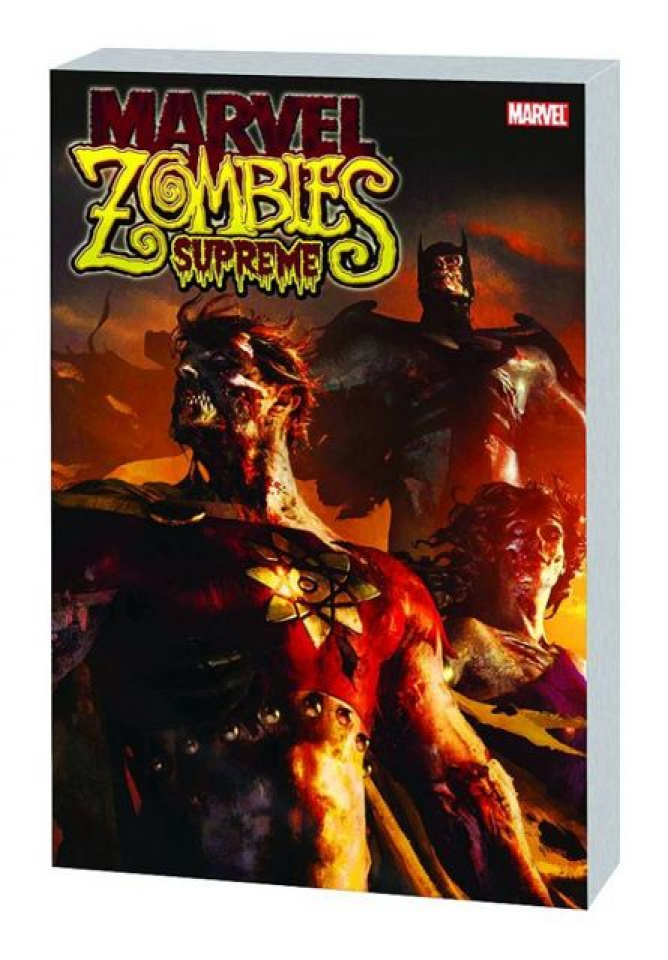