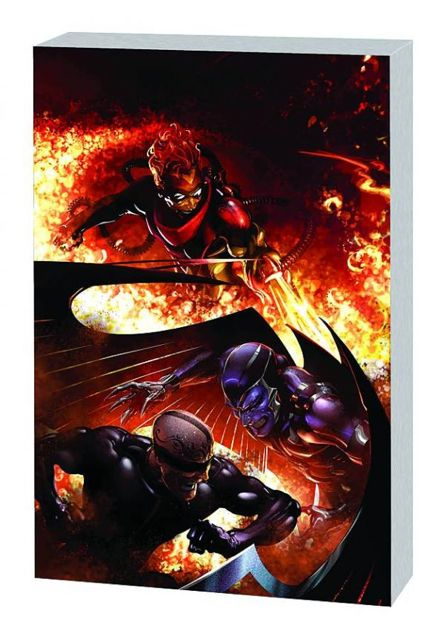 The psychic vampire Selene is on a mad quest to devour enough souls to let her ascend to godhood, commencing a terrible reign over the planet. And though X-Force stands ready to destroy her plans at any cost, the Black Queen has summoned backup that may just tilt the balance in her favor: an army of undead mutants composed of X-Force's former friends and foes, resurrected into gruesome half-life by the techno-organic virus gifted to her by Eli Bard. And first and foremost among Selene's newest servants are former teammate Caliban and Warpath's older brother, Thunderbird. While X-Force fights an unsettling battle against familiar faces, Selene puts her true plan into action: the resurrection, and immediate sacrifice, of the entire population of Genosha. Can X-Force obtain the one weapon capable of stopping Selene in time, or will death and decay overtake the entire world?