One of the Sinister Six is missing - and Spider-Man's to blame! At least, that's what the remaining Sinister Six think, and Spider-Man's very life is the payment they demand for his presumed crime! Meanwhile, the Green Goblin is back, and he's more dangerous than ever - armed with an anti-matter pumpkin bomb! Then, with the Silver Surfer powerless in New York, it's up to Spidey to set things right! Plus: Spidey tangles with the malevolent mistress of mayhem, Madam Masque; goes toe-to-toe with Kraven the Hunter in the heart of New York's concrete jungle; and stands alone against Red Ghost and a certain trio of Super Apes! 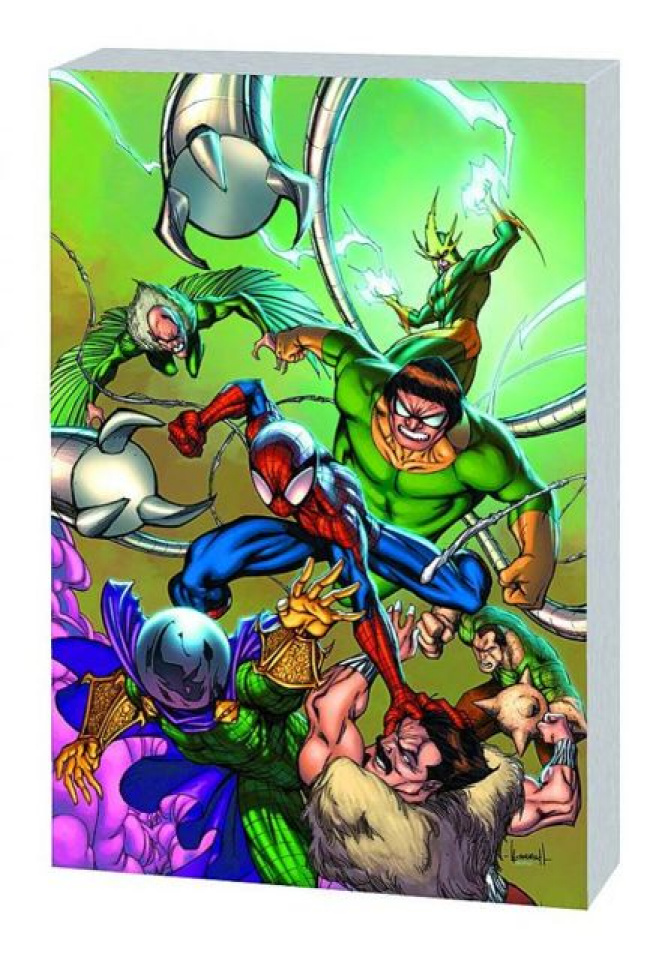