A star falls to earth. Panic grips the planet as mankind prepares for its inevitable end. But the star is a ship, and inside is a god. All he asks is adoration. Overcome with relief, man rushes to obey. There is only one voice of dissent that will not be silenced: the Silver Surfer, who recognizes the 'god' as his former master. But why has Galactus encouraged mankind to live down to his darkest nature? From Stan Lee and Moebius, one of France's living treasures, comes a bewitching tale of man's folly and nobility. Plus: Almost every hero on Earth has fallen before the unexpected power of Mrrungo-Mu, the alien leader of the Enslavers. All except the Silver Surfer. But what chance does even he have against such power? 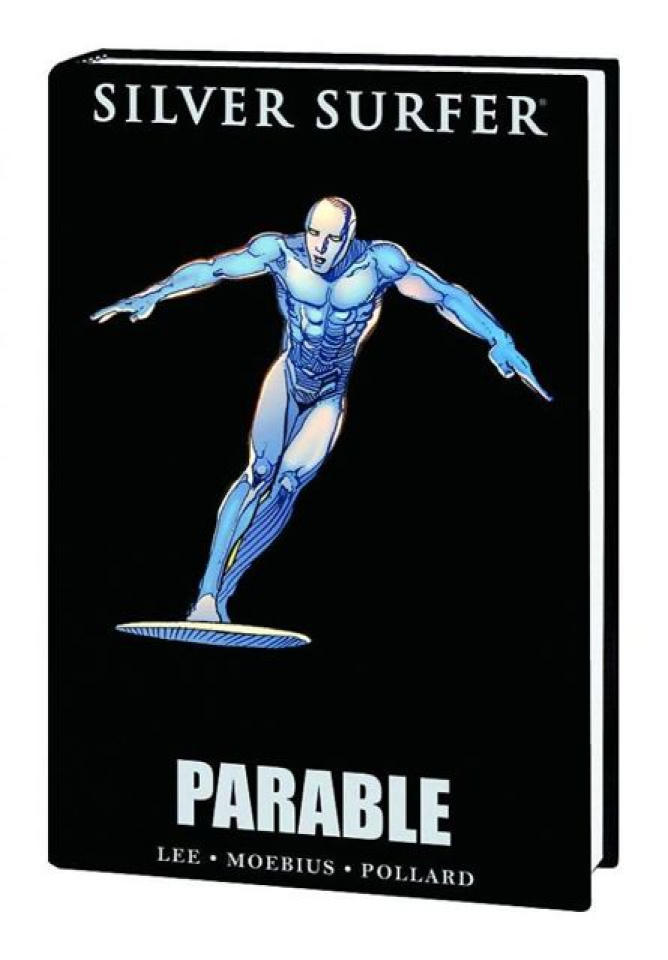