Hulk: Return of the Monster

Bruce Banner thought he'd finally tamed his inner beast - until the Hulk's latest rampage resulted in a child's death. His face plastered on news broadcasts nationwide, Banner is a man on the run. Hunted by police and a pair of deadly assassins - and aided only by the elusive 'Mr. Blue' - will the beleaguered scientist resort to deadly force to escape his pursuers? Plus: What does it feel like to bear the guilt of responsibility for the death and devastation caused by the Hulk? Banner is finally prepared to end it all with a gun at his temple, but the mysterious, gamma-irradiated government operative Doc Samson wants justice for the Hulk's actions - and he's not about to let Banner slip away so easily. 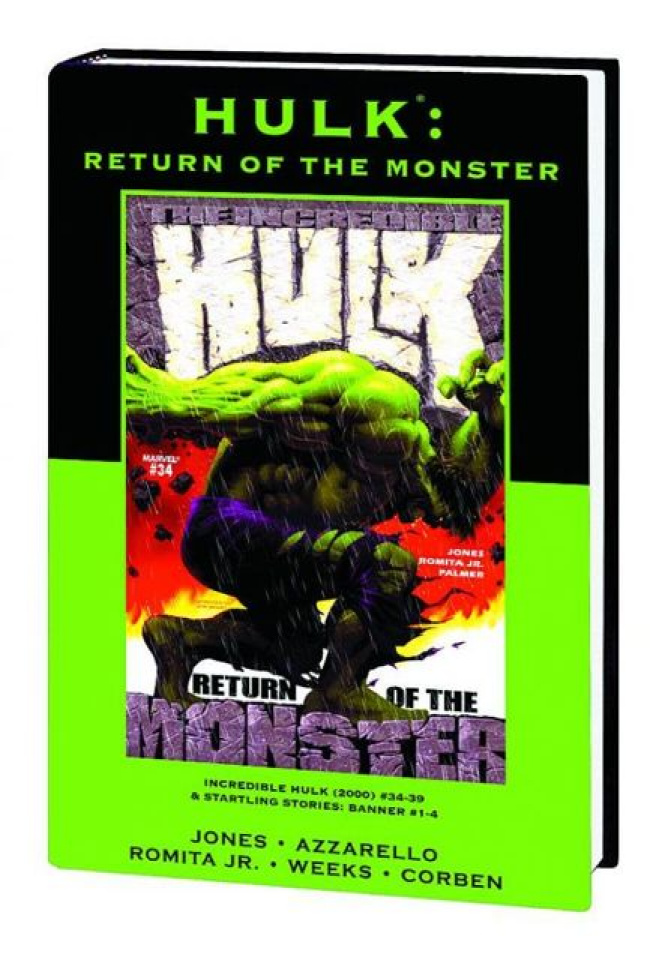