A BIG BOOK FOR A LITTLE KING! A long-overdue examination of the unique pantomime cartoons of Otto Soglow, who entertained millions for more than fifty years and whose influence remains current in the works of Chris Ware, Daniel Clowes, Ivan Brunetti, and others. This compendium features hundreds of pages of Soglow's most famous creation, The Little King-plus copious examples of his other work and a fascinating account by Jared Gardner of Soglow's long career that ranged from the socialist magazines of the 1920s to his long association with The New Yorker, which continues to use Soglow's art thirty-five years after his death. Soglow began experimenting with eliminating lines that weren't necessary while at The New Yorker, where he created The Little King in 1931. Lured by William Randolph Hearst, Soglow moved to the Sunday comic's section with The Ambassador until his contract with The New Yorker ended in 1934. The Ambassador led the way-in more ways than one-for the King, who remained a Sunday funnies mainstay until Soglow's death in 1975. Much of the humor in The Little King is aimed at puncturing pomposity, and Soglow accomplishes it with drawings that are, as Brunetti points out, tightly composed, exquisitely timed, carefully structured pieces of machinery. Otto Soglow's process of streamlining is at the root of why his cartoons have a timeless sophistication and elegance, and continue to entice new readers and cartoonists. It's high time for such a fitting tribute to this cartoon monarch. 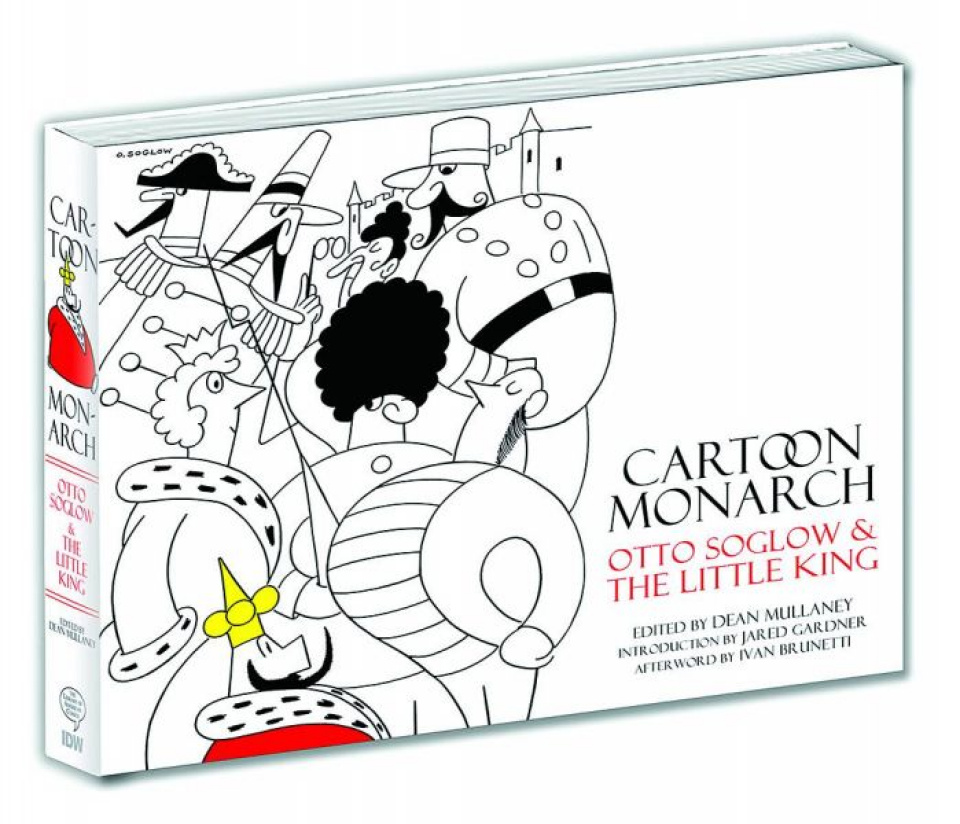