The penultimate issue of the series Ain't It Cool News calls 'one of those books you experience and return to again and again finding new things every time.' The Olignostics are dying, and their fate now rests with the excommunicated Grod. Monocyte turns his attention to the Antedeluvian metropolis and their leader, the Green Man, but is confronted by the Antedeluvian elite guard, who test Monocyte against his greatest foes, light and life. Meanwhile, the liberated Olignostic slaves strike back at their former masters. Also features a cover by Ben Templesmith, an incentive cover by Eisner Award-winner George Pratt, and side stories by the legendary Bill Sienkiewicz and Pratt. 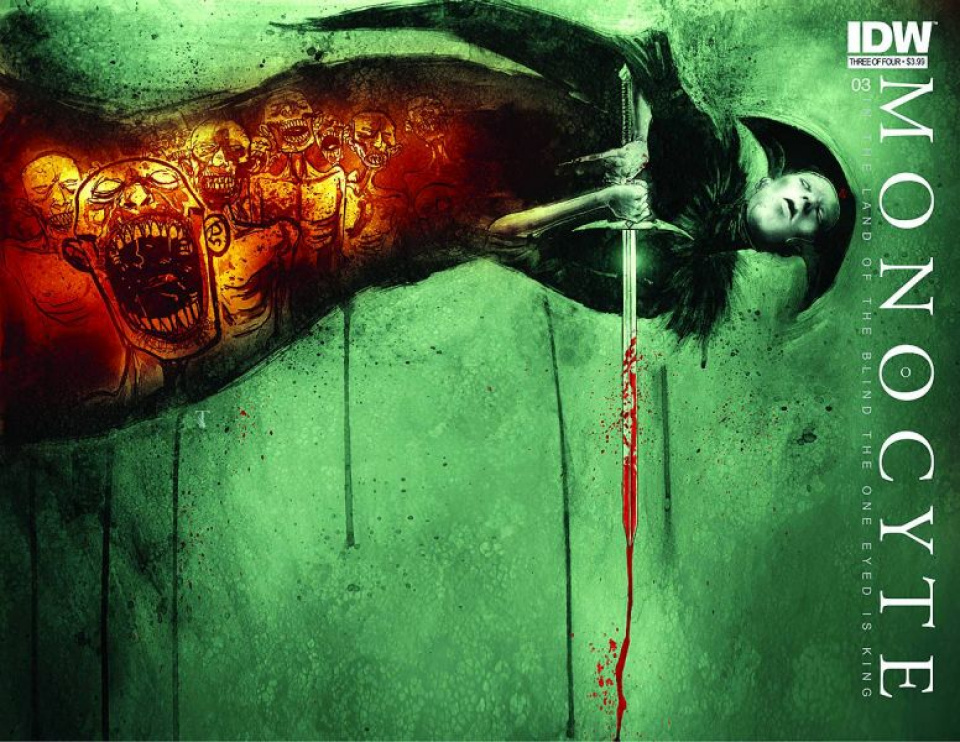