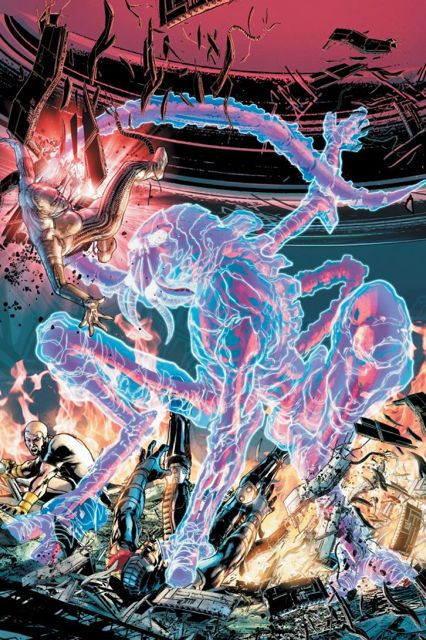 What lurks within the Stormwatch space station? As the origin of their alien HQ is revealed, what's left of the decimated Stormwatch roster regroups and a new team is formed! Apollo, Midnighter, Martian Manhunter...who's in, who's out and who's the new team leader? Note: The catastrophic events of this issue especially the secret of Stormwatch HQ will be felt in upcoming issues of GRIFTER and VOODOO!