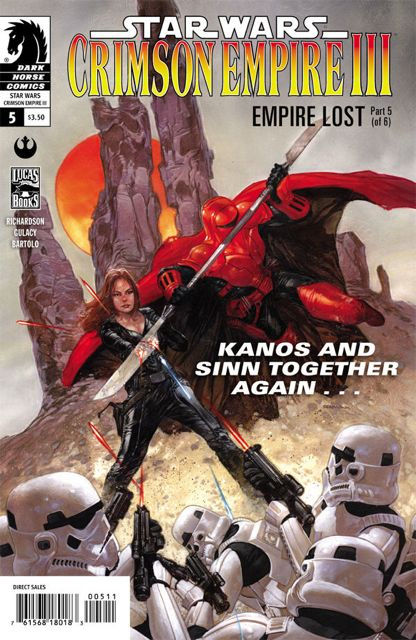 Kir Kanos, the last surviving member of the Emperor's Royal Guard, finds himself teamed with his former enemy Mirith Sinn on a mission for the New Republic. But their secret parley with an Imperial representative becomes an ambush from which some will not return! Meanwhile, the Imperial hardliners reveal their true target!