The deadliest foe of Spider-Man is back! Web-Head teams up with Iron Man against a bloodthirsty force of evil and an army of super-powered menaces! The alien symbiote so twisted and murderous that it made Venom look like a choir boy has been brought back from space...but how? And without the without the psychopathic serial killer Cletus Kasady as its host, will Carnage be less dangerous...or more unhinged?! Don't miss the villainous threat that will test these two Avengers teammates to the limit of their strength - if it doesn't kill them! By Zeb Wells (AMAZING SPIDER-MAN) and Clayton Crain (X-FORCE)! 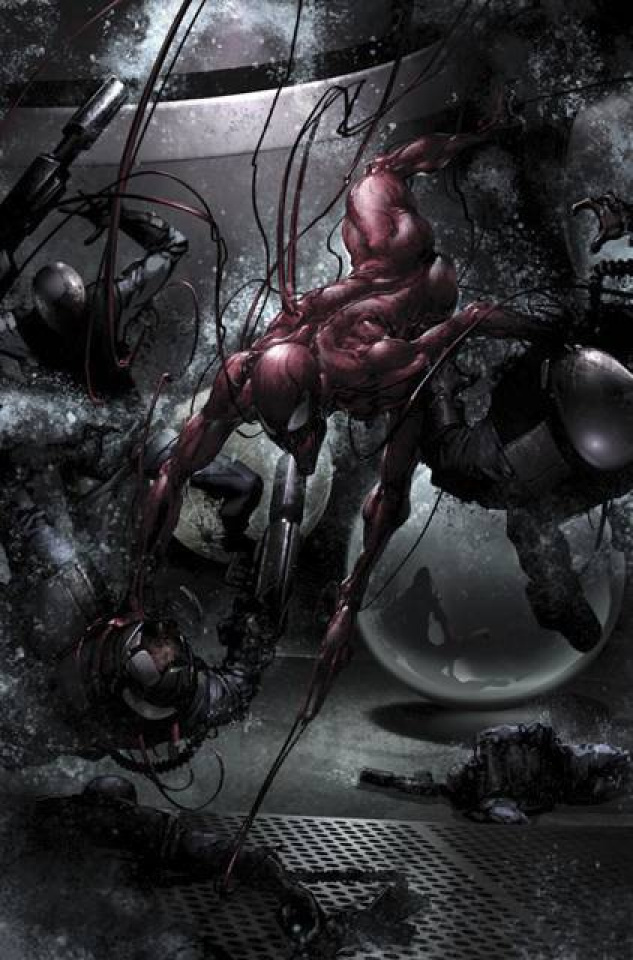