In this one-shot flip issue, you get new stories from two of Moonstone's hottest titles. Following a lead on the undead outbreaks plaguing 1877 America, reluctant agent Wade investigates rumors of an Indian curse with his partner, Flynn.

They stumble into a grotesque massacre - but that's just the beginning of the horror they'll face. Who knew that these events would affect high school football players and cheerleaders over a century later! 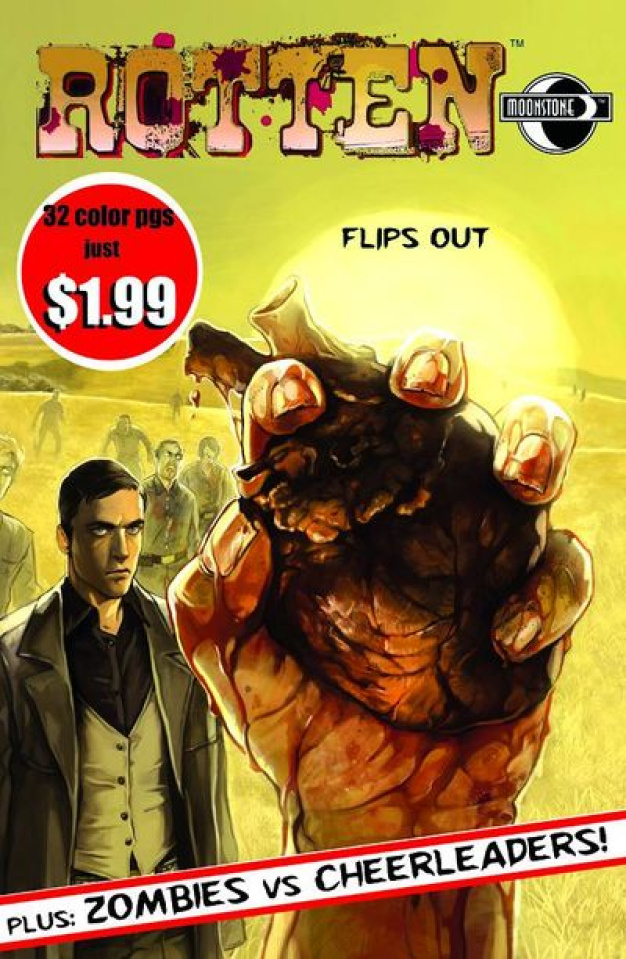