In its ongoing quest to showcase the wide range of Jacques Tardi's bibliography, Fantagraphics reaches all the way back to one of his earliest, and most distinctive graphic novels: A satirical, Jules Vernes-esque 'retro-sci-fi' yarn executed on scratchboard in a stunningly detailed faux-woodcut style perfectly chosen to render the Edwardian-era mechanical marvels on display.

In 1899, 'L'Anjou,' a ship navigating the Arctic Ocean from Murmansk, Russia, to Le Havre, France comes across a stunning sight: A ghostly, abandoned vessel perched high atop an iceberg. But exploring this strange apparition is the last thing the sailors will ever do, as their own ship is soon dispatched to Davy Jones' locker via a mysterious explosion.

Enter Jerome Plumier, whose search for his missing uncle, the inventor Louis-Ferdinand Chapoutier, brings him into contact with the sinister, frigid forces behind this - and soon he too is headed towards the North Pole, where he will content with mad scientists, monsters of the deep, and futuristic submarines and flying machines.

Told with brio in hilarious slabs of vintage purple prose, The Arctic Marauder works both as ripping good adventure story and parody of same, and, predating as it does the later and not dissimilar Adele Blanc-Sec series, is a keystone in Tardi's oeuvre in his fantastical mode. 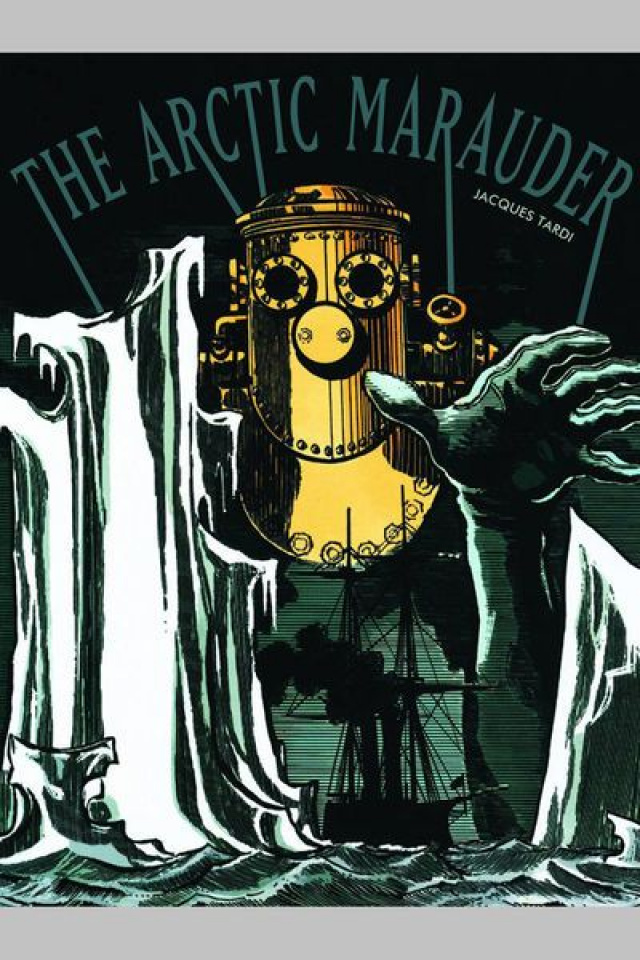