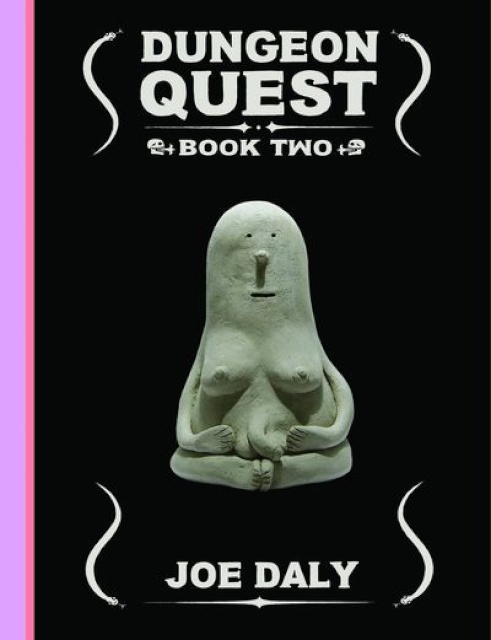 In 2010's Dungeon Quest Book One, Millennium Boy decided to grab his hobo stick, his bandana, and his Swiss Army knife, bid his mom goodbye, and head off on a quest for adventure.

Joined by his best friend Steve (weapon: baseball bat; clothing: wife beater, cargo pants and sandals), the muscle-bound Lash Penis, and the silent but deadly Nerdgirl, he began a mystical quest to find the missing parts of the Atlantean Resonator Guitar. In this second book, our heroes continue their quest by wandering through the primeval gloom of Fireburg Forest in search of the prophet and poet Bromedes, who can unlock the mysteries of Atlantis for them.