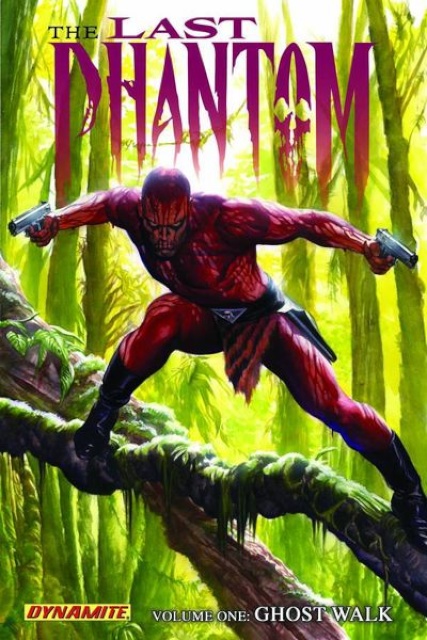 Forget everything you know about the Phantom as Dynamite, Alex Ross, and Scott (Buck Rogers) Beatty present the ultimate tale of loss, redemption, and revenge!

This is The Last Phantom! Redesigned with the utmost care by Alex Ross - who also provides incredible covers for the series (along with variants by Blackest Night artist Joe Prado), the visuals of the Phantom pay homage to the old, while presenting the Ghost Who Walks for a whole new audience.

And what better writer than Scott Beatty to enhance the vision, having created a fan-favorite and acclaimed take on another classic character in the Dynamite stable - Buck Rogers!

Featuring the Dynamite debut of Eduardo Ferigato, The Last Phantom is the next must-read from Dynamite! Collecting the entire six-issue series, with a complete cover gallery.