Lady Death is back in an all-new, on-going monthly series!

The most popular femme fatale in comics returns with a vicious new tale that delivers for both new and old readers! Lady Death's quest to recover her stolen powers takes her to the shifting and treacherous sands of the Middle East, where monstrous, stinging death awaits her in the Temple of Akrab!

Guided by inner visions, Illadra has made her way to the desert, where any number of a dozen fates worse than death can befall the voluptuous thief if she makes one misstep. But even if she makes it across the burning expanse to her goal, will she survive against the guardians of the first shard of her power, creatures warped and corrupted by the very evil which emanates from the piece of Lady Death's lost soul which she hopes to ensnare? 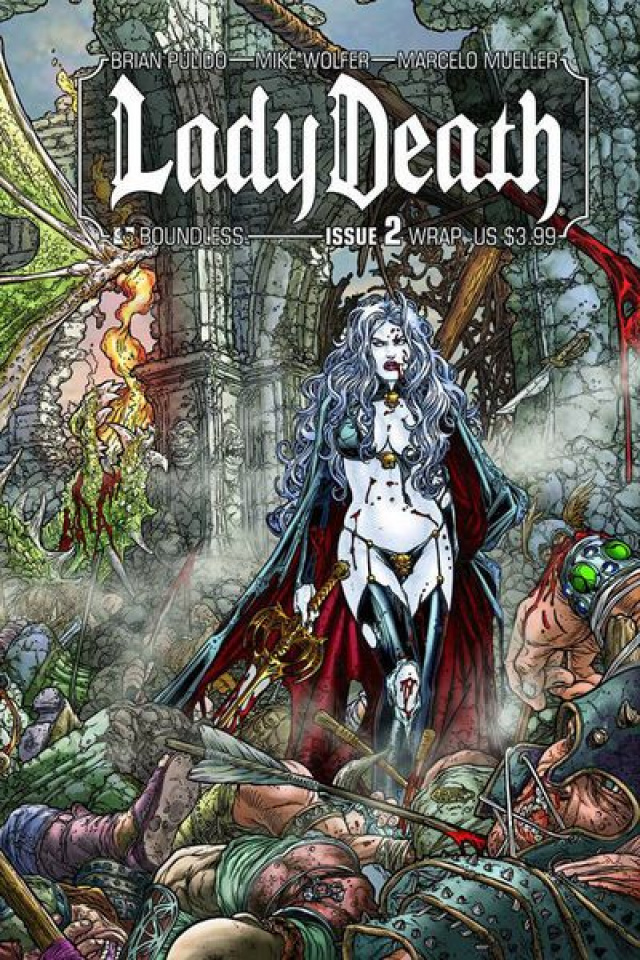