Classics are back at BOOM! as the toast to the 70th Anniversary of Walt Disney's Comics continues in the pages of Donald Duck!

And if that's not enough, enjoy the Geoffrey Blum/Carlos Mota fan-favorite 'Saga of Captain Duckburg' - that may even feature Carl Barks himself! Featuring the never-before-seen cover for 'Mystery of the Loch' by the legendary Don Rosa and a special variant featuring an oil painting by the legendary Carl Barks entitled 'Slow Boat To Duckburg'! 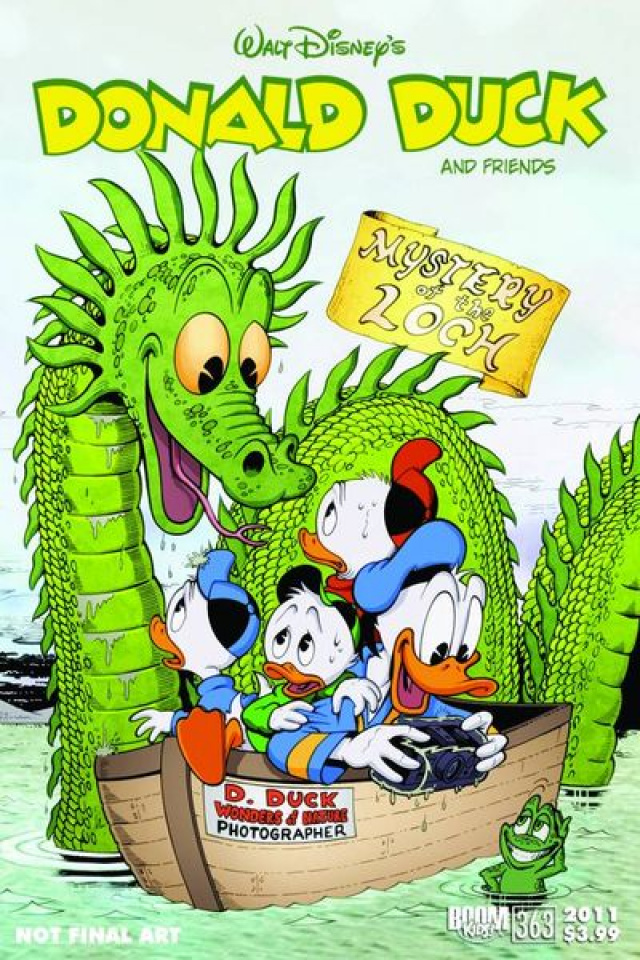