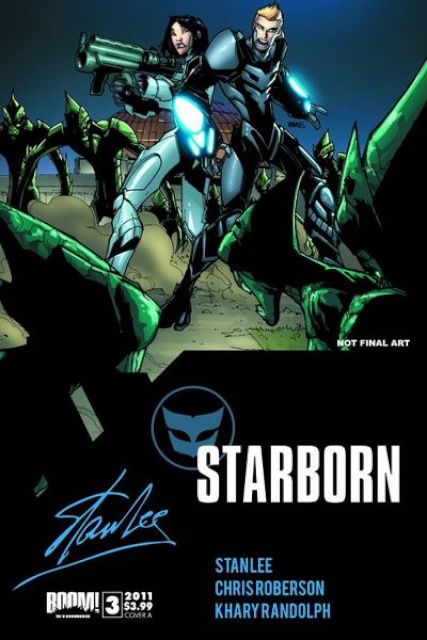 Holed up in the Griffith Observatory, Benjamin and Tara fight to survive the predatory aliens known as the Hive. It's non-stop superhero action as Benjamin continues to try and wrap his head around the fact that he is actual an alien prince! You've got questions? Stan 'The Man' Lee has answers!