The Gauntlet has concluded. Now, the Grim Hunt can begin! The dark forces behind the relentless onslaught of Spidey's most deadly foes now come into the light with one target in their sights: Spider-Man! The first family of the hunt - the Kraven tribe - has gathered to coordinate the last stage of their unholy plan, one that requires the death of Peter Parker and the rebirth of one of his oldest foes. Spinning out of the events of the classic 'Kraven's Last Hunt,' 'Grim Hunt' echoes the majesty of that timeless tale with a gripping story of vengeance at its most dark! Collecting AMAZING SPIDER-MAN #634-637, the GRIM HUNT DIGITAL PROLOGUE, and material from WEB OF SPIDER-MAN #7 and AMAZING SPIDER-MAN: EXTRA! #3. 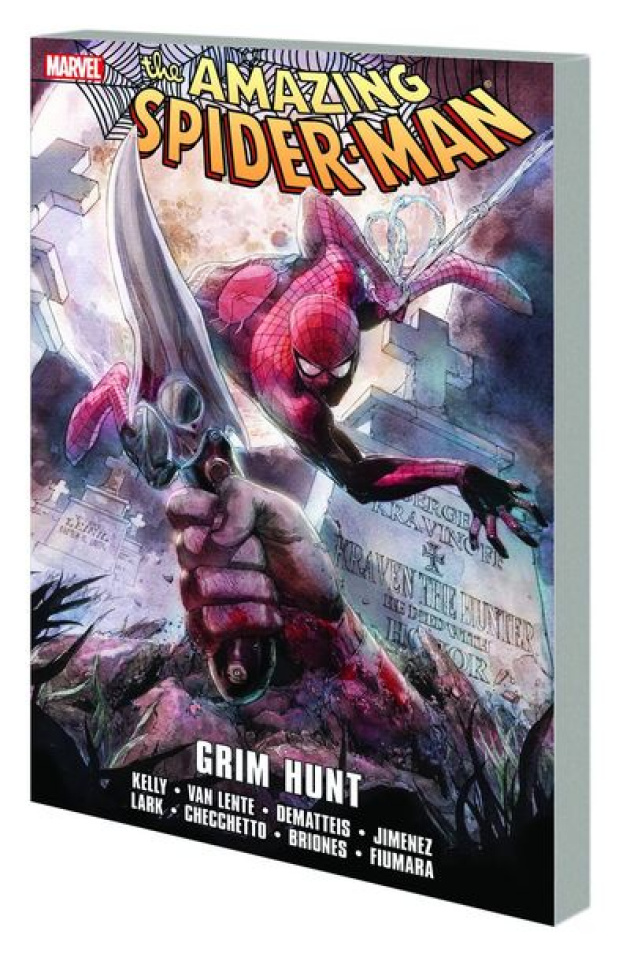