Tony Stark is back in business with a new enterprise: Stark Resilient. And there's a group of generals who are very happy to see him! Though as the masters of war are about to learn, just because they're lined up to buy the latest in Stark weapons tech doesn't mean Stark is going to sell! Stark Industries' arms-manufacturing days are over; Stark Resilient is bringing modern tech to the masses without bringing innocent people to their knees with the destruction of war. But what Stark doesn't know is that there's a competitor on the scene, a mother/daughter team (with very familiar name) ready to pick up the slack with an armor called Detroit Steel. And they've started a deadly game of international intrigue that will bring one of Iron Man's deadliest foes back into the fray! Collecting INVINCIBLE IRON MAN #25-28. 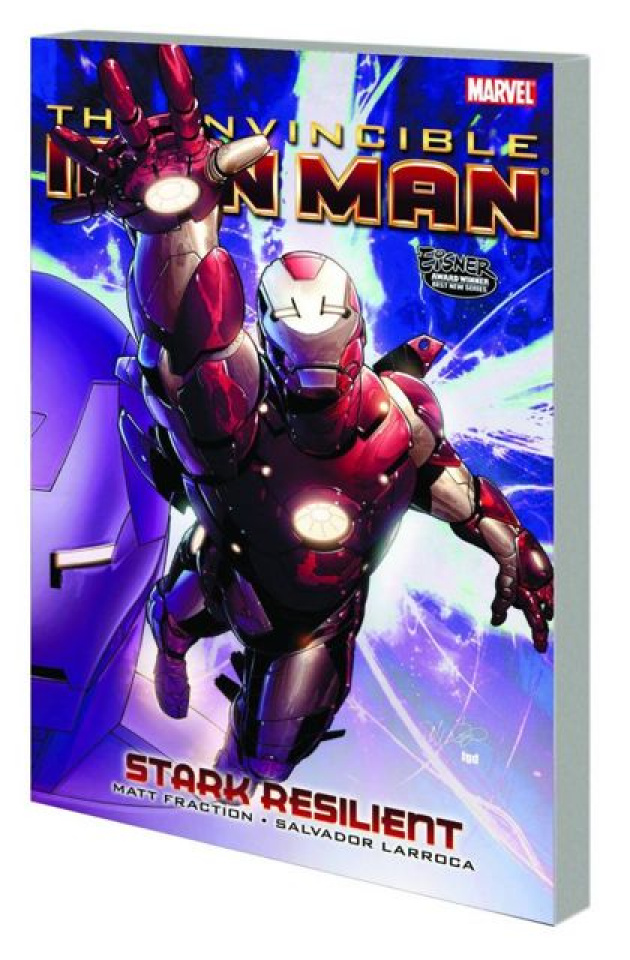