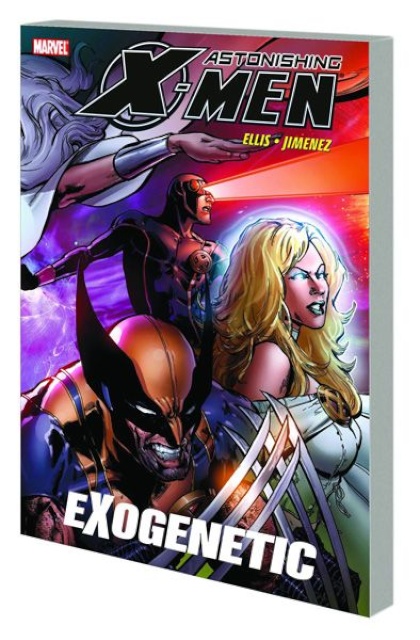 When the director of an intergalactic defense organization crashes into the Earth's atmosphere, the Astonishing X-Men spring into action. But while regrouping following their rescue mission, the team is confronted by a former ally who quickly transforms into a mutant-hunting Sentinel, one of the X-Men's most reviled foes and a symbol of their persecution. The X-Men must fight back against this new, flesh-and-bone version of the Sentinels, while also figuring out how one of their own was turned against them. What's more, the team finds itself face-to-face with the monstrous aliens known as the Brood. What is the connection between these attacks? And will it prove too much from the X-Men to handle? Collecting ASTONISHING X-MEN #31-35 and material from ASTONISHING X-MEN/AMAZING SPIDER-MAN: THE GAUNTLET SKETCHBOOK.