The craziest Deadpool book of them all! Deadpool crash-lands in the middle of the Savage Land on a mission to retrieve the ultimate biological weapon for the villainous cretins at A.I.M. who wish to unleash it on the world.

He'll have to beat the heavily armed rival terror organization Hydra to the punch if he hopes to collect his bounty, but the operation heads downhill when our schizophrenic superstar learns his objective is the smack-talking, brain-munching decapitated head of Zombie Deadpool!

Offering the most Deadpools for your money, this colossal collection features a multidimensional escapade introducing a cavalcade of alternative universe Deadpools and an extended stay in the ever-popular Marvel Zombieverse! 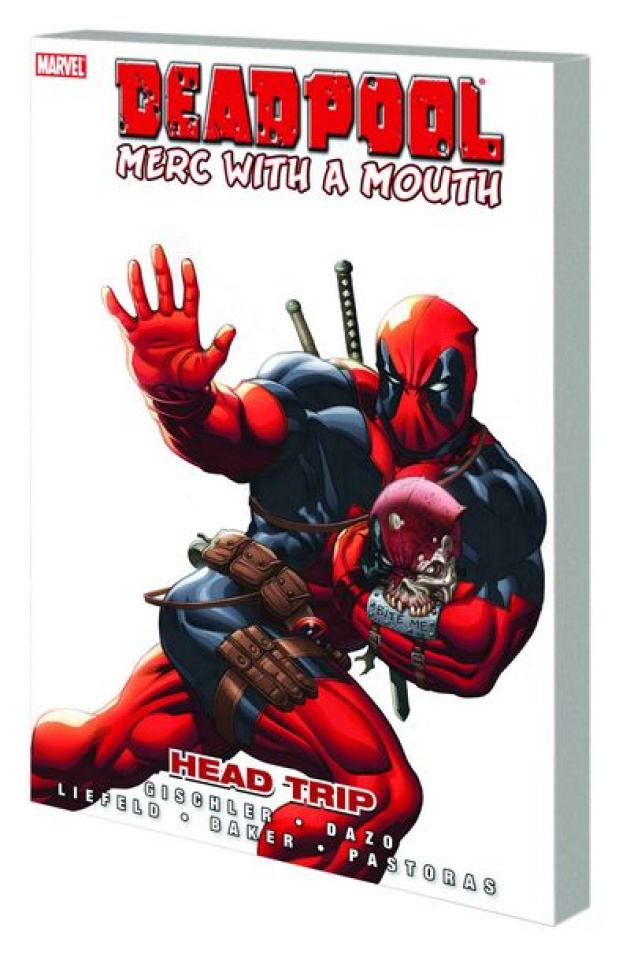