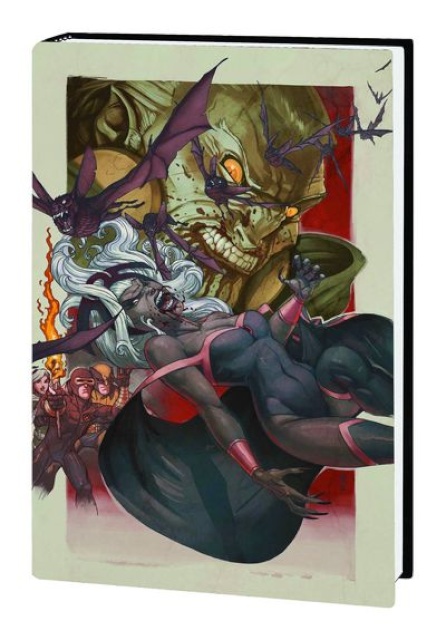 X-Men: Curse of the Mutants - Mutants vs. Vampires

Lock your doors, board up the windows, arm yourselves with stakes and sunligh...and it still won't protect you when the vampires stalking the X-Men set their sights on YOU! This is one collection with bite!

In STORM & GAMBIT, the X-Men have just discovered a means for stemming the vampire invasion of San Francisco - but what they need is in the clutches of the bloodsuckers themselves. Luckily, they have two thieves in their employ that may just be able pull off such a heist!

In SMOKE AND BLOOD, the members of the X-Men's Science Team find themselves in over their heads when a vampire brought into their lab for examination escapes. It's going to take more than a doctoral degree in biochemistry for them to survive this night!

And in BLADE, when someone starts killing vampire slayers all over the world, Blade - the biggest, baddest slayer of them all - gathers an emergency assault team to blitz the bloodsucker underground and force answers out of whoever's not reduced to a pile of smoking ash!

Also featuring eight more all-new tales of horror to sink your teeth into - plus 'Night Screams,' from UNCANNY X-MEN #159, the classic saga of Storm's struggle with Dracula himself by Claremont and Sienkiewicz!