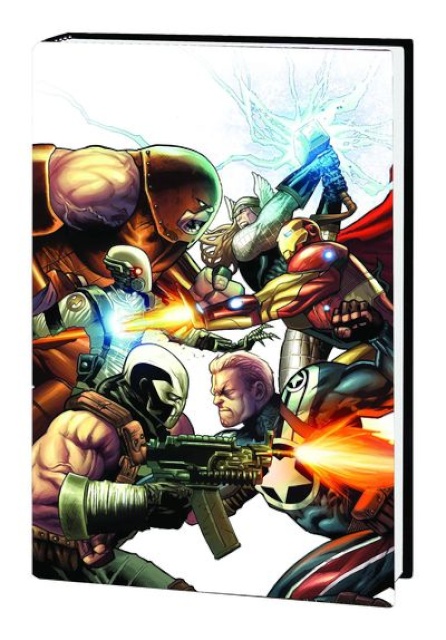 Luke Cage heads into Hell's Kitchen to pull his old friend Daredevil back from the brink of madness. And if swarming ninjas aren't enough, he's become aware of other forces that will make his task even harder.

Going against the Warden and the government itself, Cage sends the T-Bolts in to level the playing field. But without his direct guidance, will this squad of killers and criminals make the situation even worse?

Plus: Thor has come to hold court with one of his people held in the women's wing of the Raft - and when his fellow Avengers join him, things go to a realm no one expected! Iron Man comes face-to-face with Ghost, the man who almost killed him, and Steve Rogers confronts the man who did kill him, Crossbones!

And finally, learn more than you ever wanted to about the Ghost when the T-Bolts own psychologist, Moonstone, peels back the layers and delves into the mind and past of the brilliant and mysterious paranoid!