A recluse Astro-Scientist discovers the key word to the Universe, one that can only be given to a Boy who is completely honest, studious, and of such integrity that he would only use it for the powers of good. He finds such a Boy in MICKY MORAN, a Newspaper Copy Boy, and treats him in a special machine which enables him to use the secret. Just before the Scientist dies, he tells MICKY the key word which is KIMOTA. Micky Moran remains as he was, but when he says the Key Word KIMOTA he becomes MARVELMAN, a man of such strength and powers that he is Invincible and Indestructible!' And with those words in 1954's MARVELMAN #25 began the saga of one of the most storied characters ever to emerge from the British comics market. Now, thrill to the adventures of Marvelman, Young Marvelman and Kid Marvelman as they take on enemy agents, mad scientists and more! 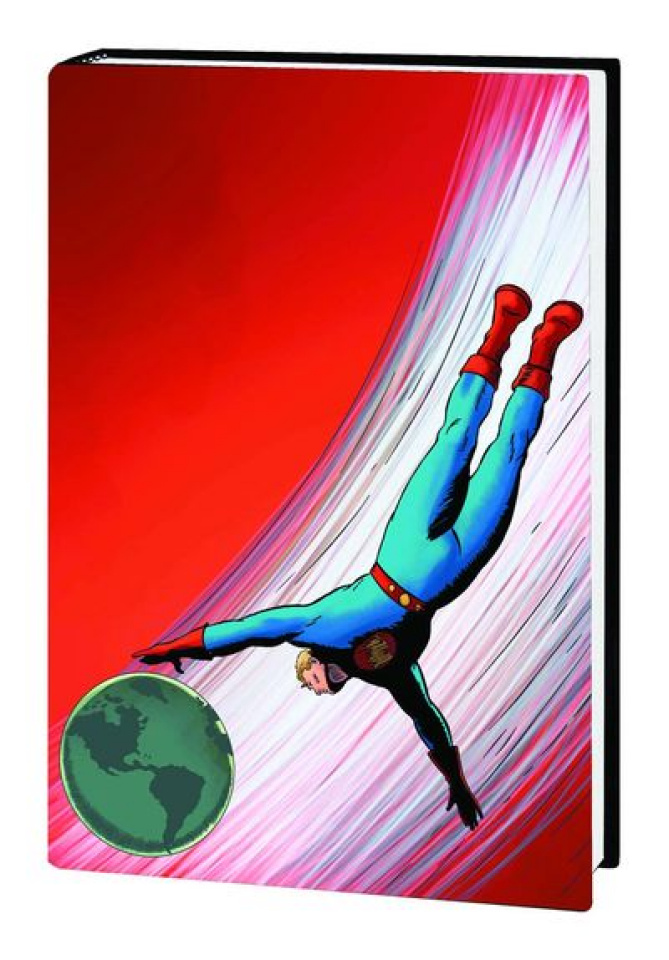