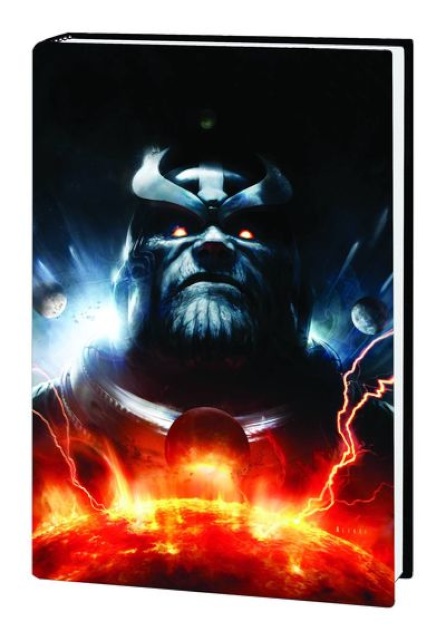 The dangerous and mysterious fissure known as the Fault has opened, and the dark forces of a rival universe where there is no death are pouring through to claim ours! Nova, the Silver Surfer, Quasar, Gladiator and more of the greatest cosmic champions of the Marvel Universal line up to stop them - but it could be more than even they can handle. Luckily, Star-Lord, Rocket Raccoon and some of the galaxy's underdog, never-say-die heroes have a plan. It's a crazy plan. It's called...Thanos! Welcome to the end of everything, brought to you by acclaimed writers Dan Abnett and Andy Lanning and superstar artist Miguel Sepulveda (THUNDERBOLTS)! Collecting THE THANOS IMPERATIVE: IGNITION, THE THANOS IMPERATIVE #1-6,?THE THANOS IMPERATIVE: DEVASTATION and THANOS SOURCEBOOK.