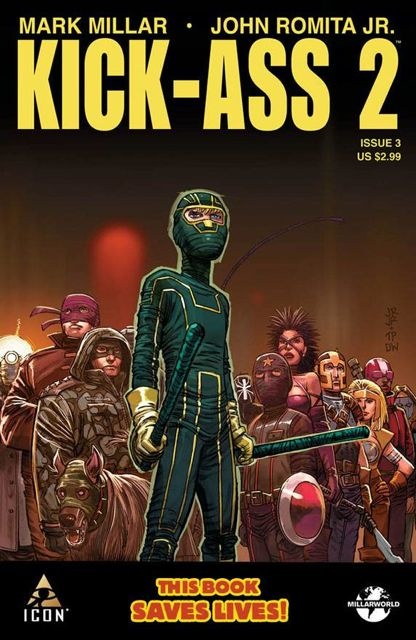 The sequel to the New York Times best-selling comic - which spawned the hit movie - continues! By putting on his now-famous green costume and dishing out his own brand of vigilante justice on street thugs and mob bosses alike, high school loser Dave Lizewski changed the world. Now, after a successful first mission with his new team of self-proclaimed 'super heroes'-?JUSTICE FOREVER - Dave and his crew start to understand what living in this new world really means. Plus, the return of Kick-Ass'?arch-nemesis THE RED MIST, and things come to a head for HIT-GIRL!