There are innumerable and varying potential futures awaiting mankind. Between them exists only one constant: The rise of the Deathloks! Seeded in our present they grow, a time virus spreading across all possibilities, infiltrating the fate of mankind. One thing stands in their way; a man who shouldn't exist.

They come in waves, an army of time displaced Deathlok troopers made from Earth's greatest warriors; Captain America, Spider-Man, Elektra, Cyclops, Venom, The Thing, Bullseye--all soldiers in the army of Deathlok. All operating under one directive: Fantomex must die! The hottest book on the stands just gets hotter as fan favorite writer Rick Remender (Punisher, Fear Agent) is joined by superstar artist Esad Ribic (Wolverine, Loki)! 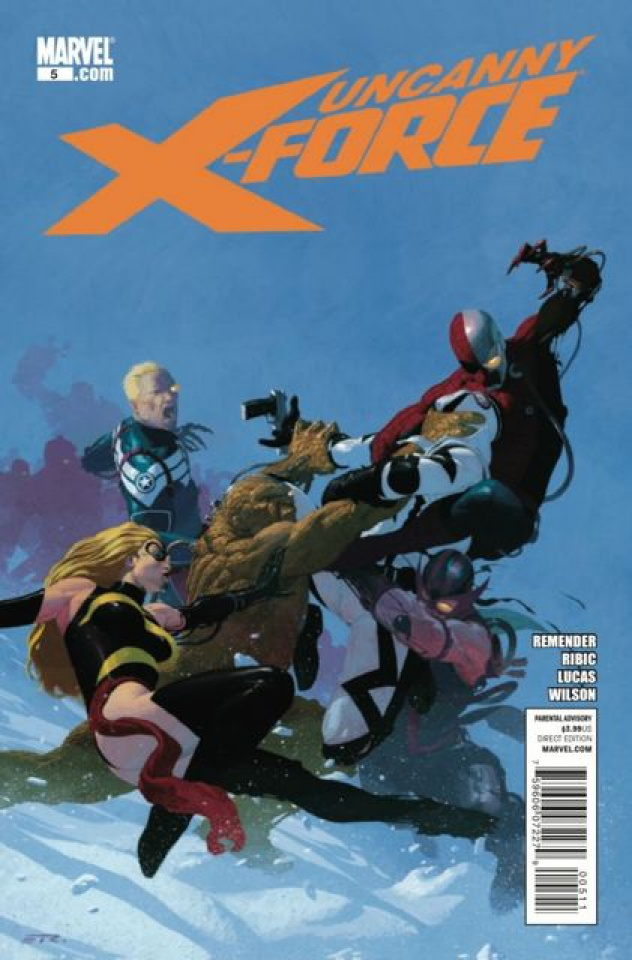