'YOU SAY YOU WANT A REVOLUTION,' PART 5
The Krook Home world has been through the ringer, and with the help of Lady Deadppool, the King has seized power back from his upstart daughter Princess Teela. But there's time for one more showdown as Teela squares off against Lady Deadpool. Which of these sexy sword wielders will prove to be the better blade??Meanwhile, Deadpool and Headpool are in the midst of the Galaxy's biggest bank heist. Too bad the the Omega Confederation has sent a couple of heavies to thwart his plans. Turns out, Deadpool can call on a couple of his own heavies. Who are these heavies?? Will Dogpool bite one of them on the ankle? Tune in to see the explosions. 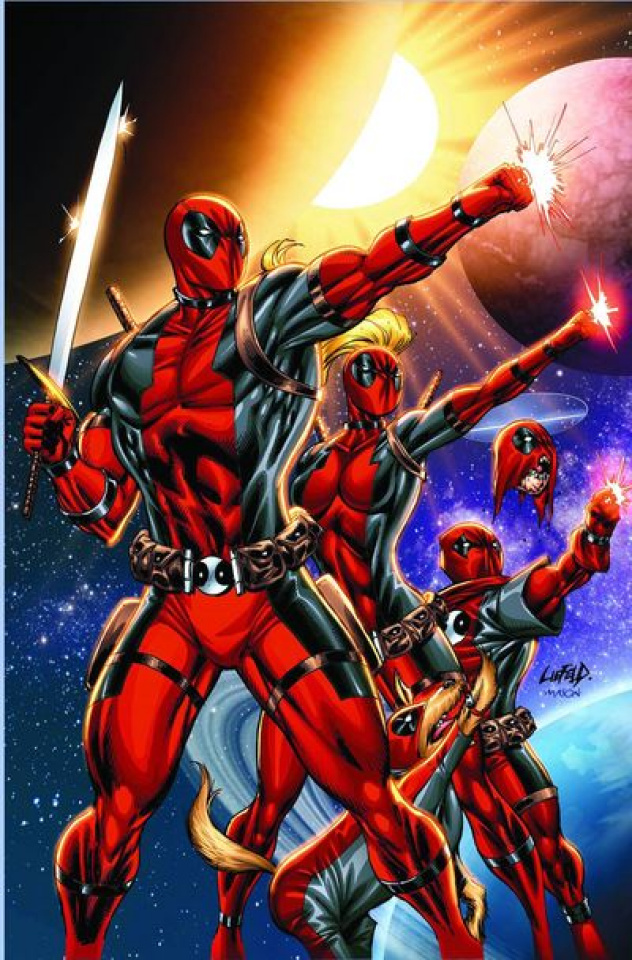