The epic miniseries concludes, with the god of thunder as you've never seen him before! Asgard's empire is in upheaval...Asgard Palace is under siege...and Thor has lost his hammer, his throne-his very life! At his lowest ebb, in his darkest hour, the son of Odin undertakes the most audacious feat of his career, in a spectacular attempt to trigger a new age of heroes. 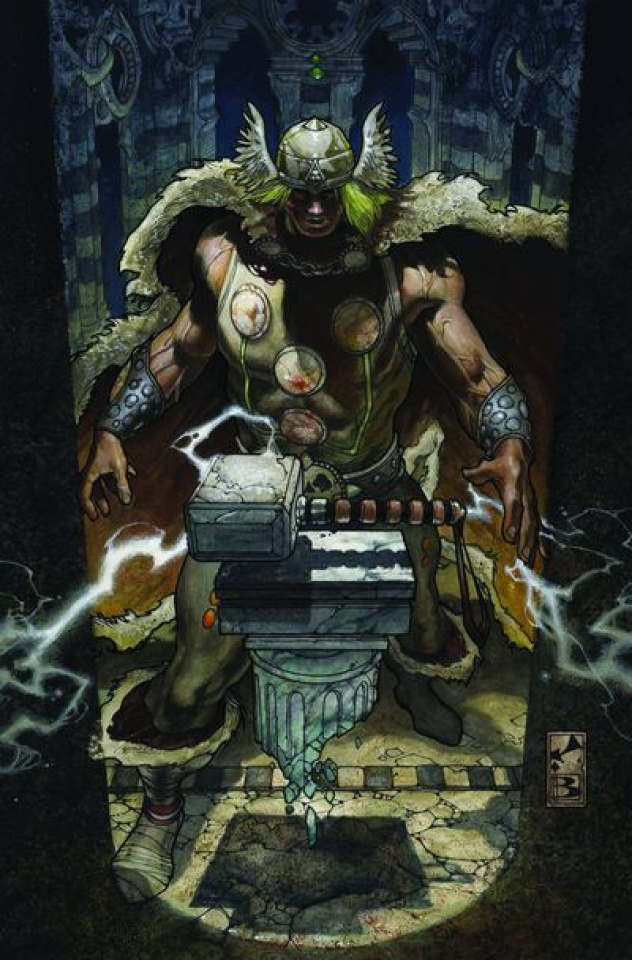