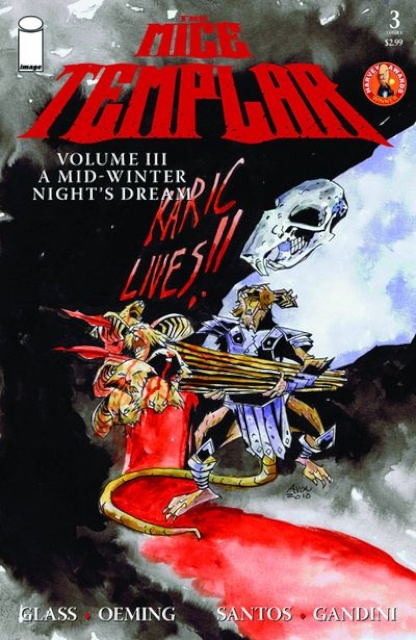 'ROYAL DIVISION'
The Rat Druids bring even greater oppression upon the mouse citizens to quell all resistance to their rule. But Karic's audacious attack on the king has generated a legend that is not so easily crushed.

Aquila makes a reckless choice to aid the young mouse she loves. Royal Consort Lorelie tests the alliance between rat and weasel. And Captain Tosk returns, bringing order as only his iron gauntlet and heartless will can achieve.

The two-time Harvey Award-winning series continues, from the acclaimed writer of Valkyrie and Thor: First Thunder and the co-creator of POWERS!