MEGATRON's plan enters its second stage as the AUTOBOTS continue to fall under attack from heavily armed humans.

Elsewhere, STARSCREAM attempts to initiate a plan of his own with an old ally. Costa and Figueroa aren't bringing everyone out of this issue in one piece as the 'Revenge of the Decepticons' continues! 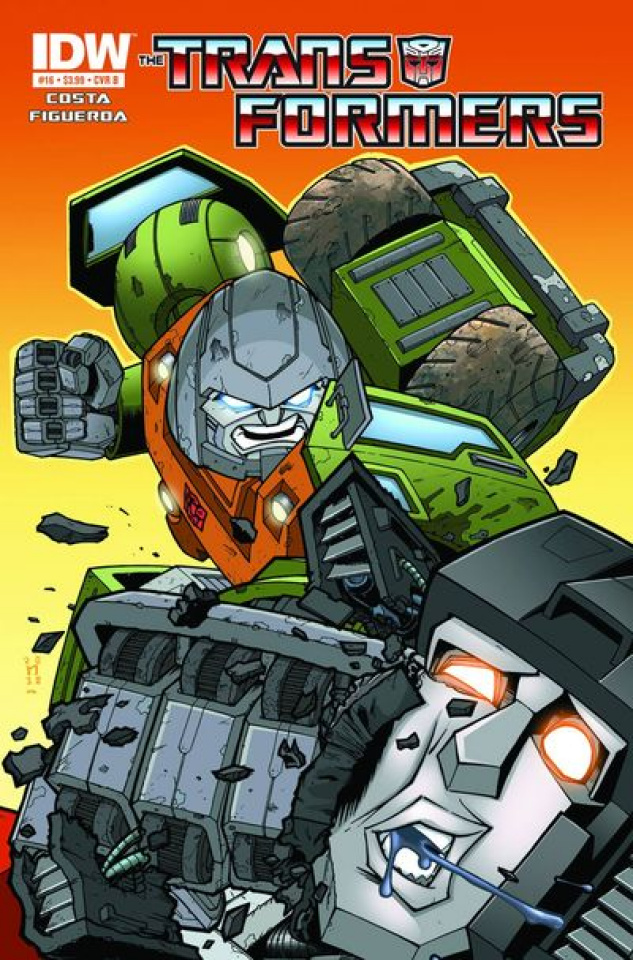