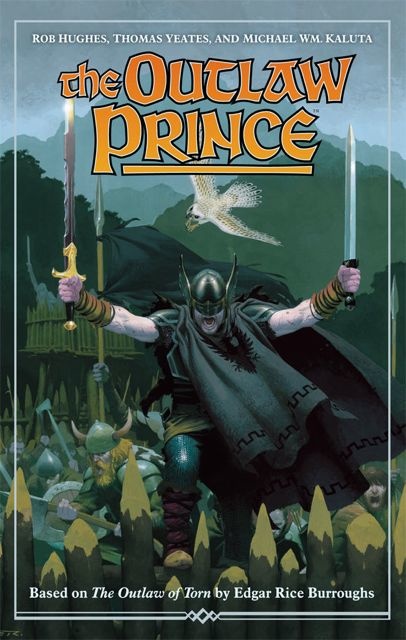 This timeless tale unfolds during the tumultuous Second Baron's War, when a young prince is ruthlessly abducted from his royal family, taken into the rugged mountains of Derbyshire, and brainwashed to forget his very heritage. He's trained to become the greatest swordsman the world has ever known--and grows to be the most dreaded name in all of Britain! With civil war looming upon the horizon, the fate of the kingdom of England may very well rest in his hands!

* Presenting a medieval adventure based on The Outlaw of Torn, written by Edgar Rice Burroughs.

* A classic Edgar Rice Burroughs novel--adapted for a modern audience!

* This deluxe limited edition features an afterword by Burroughs expert Frank Westwood and a cover by artist Alan Lathwell!