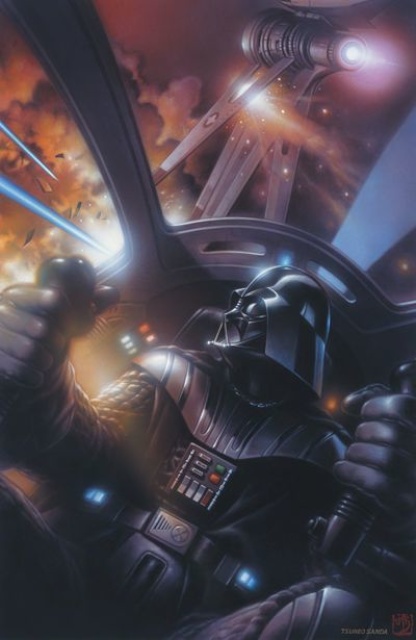 Darth Vader steps up his attacks when his invasion of the Ghost Nebula meets with stiff resistance. But when a courageous beauty offers her help in conquering the system, visions of what his life might have been if he had not betrayed the Jedi and if Padme was still alive affect the dark lord's decisions.
Vader in turmoil!

* Darth Vader, the darkest lord of the Sith, at his best--and worst!