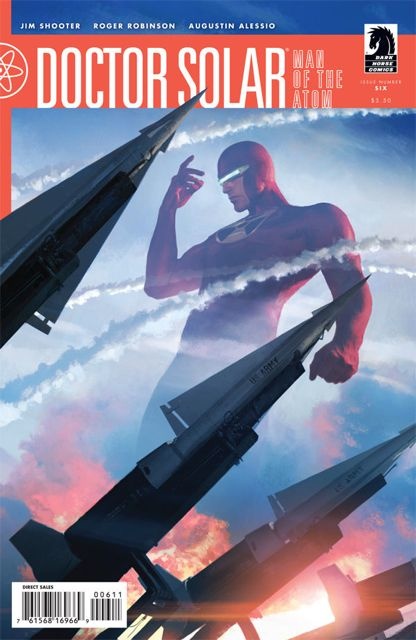 Doctor Solar: Man of the Atom #6

With his beloved Gail's life hanging in the balance, the Man of the Atom faces his archenemy Nuro's Nuclear Ninja--warriors skilled in the arts of stealth, deception . . . and death. It's martial--arts mayhem on a cosmic scale! Plus, the astonishing origin of the Man of the Atom continues! In the searing ergozone of a black hole, all of time and space is laid bare to Dr. Phillip Solar. World War III is imminent. So is the death of his eleven--year-old sister . . . If only he could do something! But maybe he can . . .

* Industry legend Jim Shooter returns to the character he redefined in the 1990s to overwhelming sales and critical success.

* This issue contains multiple tales, including the continuing origin tale of the Man of the Atom.