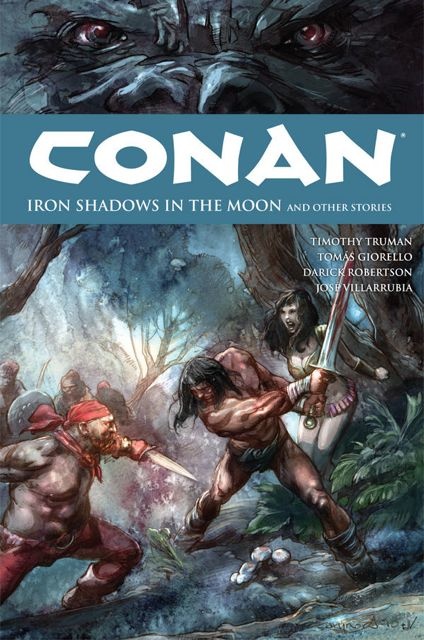 On the run from the army of Turan, Conan and fellow fugitive Olivia hide out on a small island in the Vilayet Sea. They soon find themselves stalked by an unseen terror in the jungles and threatened by a group of pirates belonging to the Red Brotherhood, which is led by Conan's sworn enemy--Sergius of Koth! However, those may be the least of Conan's concerns, because when the moon rises on this island, the ruins of a lost civilization stir and an ancient, deadly curse awakens! Conan will be pushed to his limits as he and Olivia fight to survive!

* Collects Conan the Cimmerian issues #22--#25, plus the Weight of the Crown one--shot with its MySpace Dark Horse Presents short--story prologue.