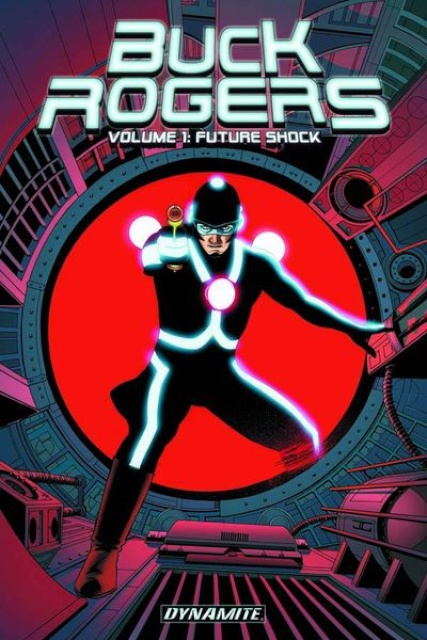 The future begins now! Join us as we present pop culture's first hero - Buck Rogers! The first man out of time... the first man to be taken from his present and thrown into the future... the inspiration for countless heroes, and it all begins here! Featuring an all-star creative team - writer Scott Beatty and artists Carlos Rafael and Carlos Lopez - along with character designs by Alex Ross and covers by John Cassaday (reprinted here as part of a complete cover gallery)! 'Future Shock' reprints the first 5 issues of the acclaimed series, and throws our hero 500 years into the future, where he must fight for his very survival against a most unusual foe! It's not all bad though, at least he's got Colonel Wilma Deering to keep him company.