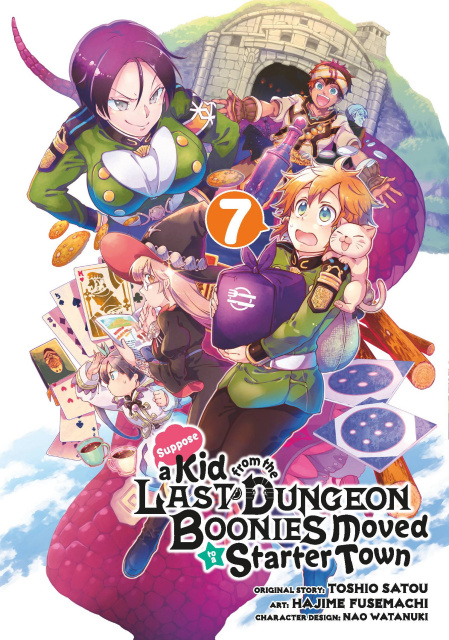 Suppose a Kid From the Last Dungeon Boonies Moved to a Starter Town Vol. 7

When the village you call home exists alongside the most dangerous dungeon in the land, the word "weak" is completely relative in this manga adaptation of the popular light novel series!

Lloyd finds himself the target of second-year student Micona's ire! Too bad the upperclassman has no idea who she's dealing with!

When rumors spread about a fearsome monster making its home in a new dungeon, Lloyd and gang are tasked with defeating the creature! But Micona hopes to get there first and steal the glory from our heroes!

She better buckle in for one wild ride, though, because no matter how many traps she sets, very good boy Lloyd will still approach the perilous dungeon with about as much trepidation as he would a theme park attraction!